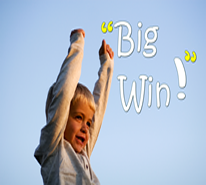 “I looked into creating a secure, searchable PDF file archive for your researchers,” I said sitting across from my expectant client.  It was the winter of 2013 and my client had paid me well to evaluate the landscape of options.

“I reviewed both WordPress options for your current site, and hosted third party options, or options on some of the same intranet platforms you are running inside your organization. The other options come in at around $8,000.00 if they are a dime. This plug-in is from a company called SearchWP, and it will work within your current website after some configuration. It runs about $80.00 a year.”

This won me an incredulous look. It was probably the same look that came across my face after I acceptance-tested the SearchWP™ plug-in on a clone of my client’s website. As part of the evaluation process, I had put both the plug-in, and the support structure of the company, through a few paces. Both passed with flying colors. I explained this to my client, and then showed her a real-time demo on the clone using their exact PDF library archive; but now with the UI configured to make Searching the archives as intuitive as possible. She gave an appreciative nod.

“What about general site search? We don’t want that stuff being available in front of our membership wall.” The client had indeed been clear on this point from the beginning. I demonstrated the site search experience and results set for a non-logged in user. None of the research PDF files bled through. The client was able to see this in action, approve the anticipated costs that I projected from what I learned in the paid research phase, and off I went. I had this same success with many other clients, and every time I ran into a problem, the folks at SearchWP were all over the solution.

A Matter of Trust

When a business builds a website for a client and recommends some technology, whether it’s a plug-in or something else, they are essentially endorsing that technology and the business that provides it. This means placing a great deal of trust that the provider will do what they say they will do.  In this case I am focused on a WordPress plug-in called SearchWP, but it could be any company in this story that you’ve ever had a great experience with and find yourself becoming fiercely loyal to their brand. We talk so much about such brand loyalty in marketing circles (yes, even in tech writing this is a big deal or at least it should be), but what about how great that experience is when we are the ones becoming the fans? What can we learn when we are on the receiving end of such an experience?

The first lesson I learned was how dependent on the expertise of someone else I become when I implement third party technology and get paid to perform the integration. This lesson continues through the life of the engagement as the switch from build mode to maintenance mode occurs. Now maintaining this technology becomes a responsibility as well for the integrator. This means dealing with any future conflicts that may arise due to the rapid update cycle found in the WordPress universe. The good news is that this is easy to plan for and test prior to making the recommendation. Just let the plug-in go through a few update cycles on a clone site and see what happens. Yes, this takes time.

This leads me to the second lesson. I want my clients to have the same great experience working with my company that I enjoyed with SearchWP. To me this meant a focus on building only the kinds of websites I was already good at, and setup a testing environment to try new categories of websites to offer clients. I did not do that here. This was my first encounter with a client requesting a searchable PDF archive behind a member wall.  It creates enough unique issues both with performance and security that one has to plan this sort of build carefully. After that it’s easy, of course, but the first time out is rarely the best. If I had been maintaining a generic feature-driven clone that created the sort of website capability this client was asking for, I could specialize in fulfilling that sort of request (and eventually I did!) using the well known CMS of WordPress. There would have been no testing delay through update cycles, because I had been maintaining that type of site in a generic fashion already for months, through multiple update cycles.

I knew that what I had put together could be improved, and if so then marketed to future potential clients. It worked. I obtained three more complex website projects based on my demonstrated ability to deliver this capability alone. At no time did I feel like I was a lone wolf out in the field (which I was). This was because throughout these engagements I was frequently in need of help from the excellent team at SearchWP, and help was rendered at such a depth I almost felt like their only customer.

As a marketer (and tech writer, and web integrator, etc…) I evaluated how I did things and changed them to increase the odds that my clients would start to feel toward me as I did toward SearchWP. If this seems a bit over the top, allow me to provide some context.

Confidence With No Suntan Required

If you’ve ever put it on the line and staked your reputation on saying you could accomplish something in 6 months that a previous, entire agency team could not accomplish in 1.5 years, then you know the sort of heat I’m talking about. People like me thrive on that kind of pressure, but only if we are confident that the claim is supported by data. Making a statement like that has to be more than just cosmetic promises with good intentions. In this particular case my client was dreading getting yet one more web design company involved in what had turned into a protracted nightmare for their corporate office overseas. The money burned so far, compared to what had actually been delivered, was depressing. Nothing functioned as they had expected,  since the site was still in various phases of ongoing work, and the design disintegrated on mobile.

Within the promised time frame I built them a WordPress website replacement that exceeded the requirements they had given the previous team of developers. There are only two reason this worked. First, I had learned both of the above lessons and implemented strategies to leverage my new knowledge into a niche that I now had expertise in. Second, and just as important, SearchWP technology worked exactly as promised, as did access to knowledge resources, both automated and human. In fact, I would say the documentation team at SearchWP deserves a virtual standing ovation. They have anticipated not only the most common integration issues people have with their plug-in, but also understand that some education has to occur in order for their instructions to make sense. They provide that education so naturally and kindly in their documentation that you almost don’t notice it.

But beyond that there is the personal touch. I got into some trouble a couple of times on these projects. Nothing unusual, but some things seemed odd though I had followed the instructions closely for creating the sort of search experience my clients needed. Working directly via e-mail with the plug-in author, who is responding the same day as we work through it, and then fixes it within two days of this effort, almost ruined me for other plug-in companies!